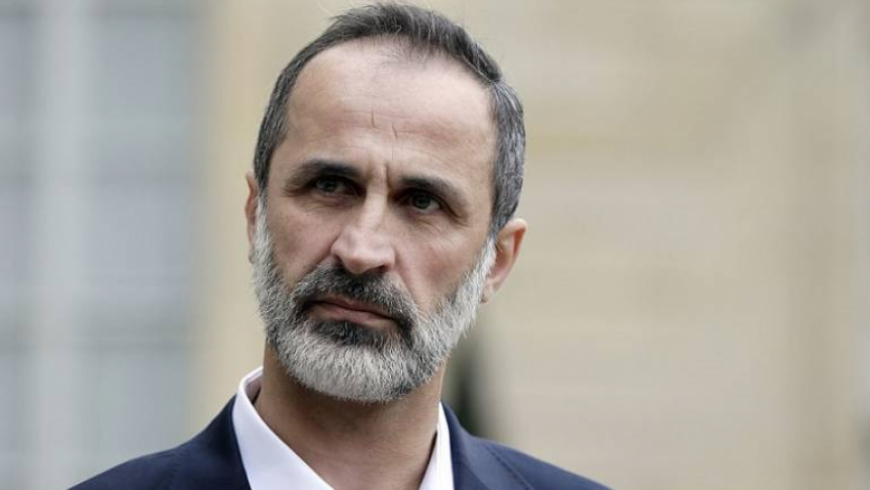 The former president of the Syrian opposition coalition and head of the "Mother Syria" movement, Ahmed Moaz Al-Khatib, said that his initiative for a solution in Syria is still valid, considering it the best step "to avoid the country from further collapse."

Al-Khatib indicated in a lengthy interview with Syria opposition TV, that the aim of his initiative for a solution, which includes staying the president of the regime during a transitional phase for a year, is to "avoid the country from further collapse, and at the end of that stage the regime will leave," he said.

The head of "Mother Syria" considered that some people made a mistake in reading his article published in 2014 titled "Will the sun rise from Moscow?", pointing out that the article came in the form of a "question" and not an admission of the necessity of the Russian solution, while emphasizing the important role of Russia as a major international party and actor in the Syrian file.

He also confirmed that his initiative was presented to the Russian President, Vladimir Putin, but he refused to answer a question about Putin's opinion on the initiative, saying only that the latter's position was somewhat "positive".

Al-Khatib defended his position regarding the criticisms that pointed against him because of his meetings with the Russian leaders, indicating that he was frank in his meetings with various international parties with the aim of reaching a solution that would contribute to stopping the Syrian bleeding, whether with the Russians or others, without signing an agreement or plan against the interest of the Syrians, "in contrast to some representatives of the opposition who meet with all international parties and agree with them under the table."

According to what was reported by the Syrian opposition TV.