The regime cultivation: Locusts will continue until June 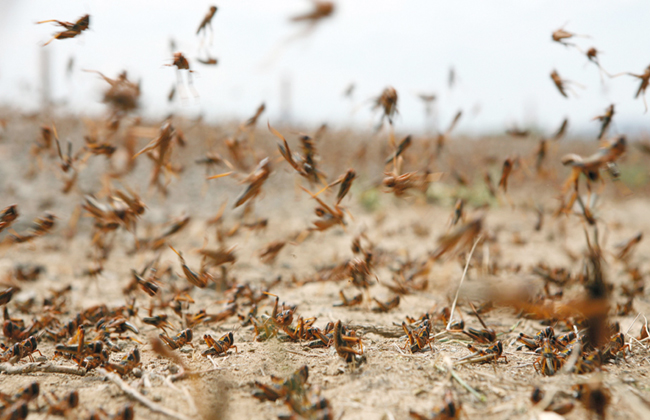 The assistant director of prevention at the regime's Ministry of Agriculture, Hazem Al-Zailaa, said that the wave of locusts that is currently hitting Syria will continue until next June and that combating it with the use of pesticides is the only effective way, calling on farmers to hurry and inform the agricultural units and directorates in the event of their presence to combat it and use their sprinklers to speed up the performance control process if necessary.

In statements to the regime’s SANA agency, engineer Al-Zaila said that small groups of mature adult locusts moved from east to northwest along the Euphrates Valley from Albu Kamal to Deir Ezzor in the west, and small groups of mature adults were seen north of the Jordanian border near As-Suwayda on the 18th of April and then to the north near Qara two days ago, locusts were seen laying eggs in the Qalamoun mountain north of Damascus.

Today, the regime's media announced that locusts had arrived to Damascus, which caused panic between the people for fear of attacking homes.