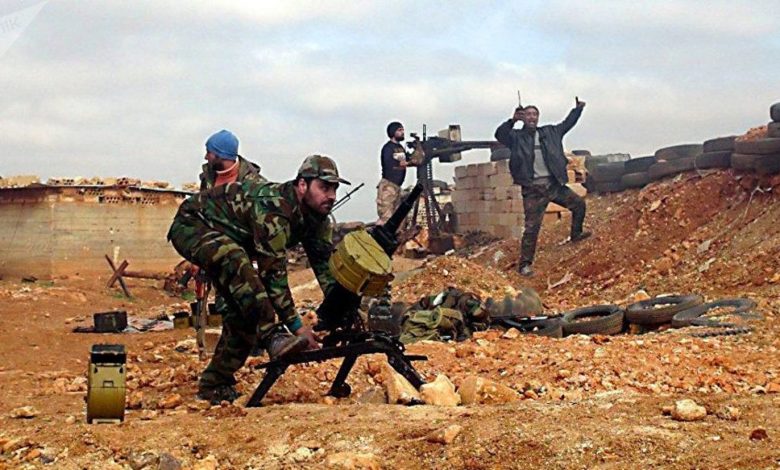 On Friday evening, local sources reported that 4 members of the regime forces were killed in the Shula area in the southern desert of Deir Ezzor.

The local "Deir Ezzor 24" network said that an attack was likely carried out by ISIS on one of the points belonging to the regime forces, through two axes of Al-Shula and Jabal Al-Bishri, targeting several points of the regime forces and militias, which resulted killing of 4 members.

The network added that the regime forces and the deployed militias were forced to withdraw from a point in the vicinity of Jabal al-Bishri following the attack, and they were targeted with a Type 23 machine gun loaded on a Hilux pickup.

The network pointed to the escalating attacks of ISIS in the Syrian Badia region, warning that the organization is still following a strategy of surprise attacks and withdrawal, taking advantage of the caves and terrain of the desert region in Al-Tuwari.

The eastern region of Syria is witnessing power struggles between Russia and Iran, which easing the organization's movements in the region.

Observers believe that the attacks that take place in the region, ISIS are not responsible for all of them, the Russian-Iranian competition stands behind some of them.

It is mentioned that, in March 2019, the Syrian Democratic Forces announced the elimination of ISIS by controlling Al-Baghouz, the last pocket of the organization in Syria.