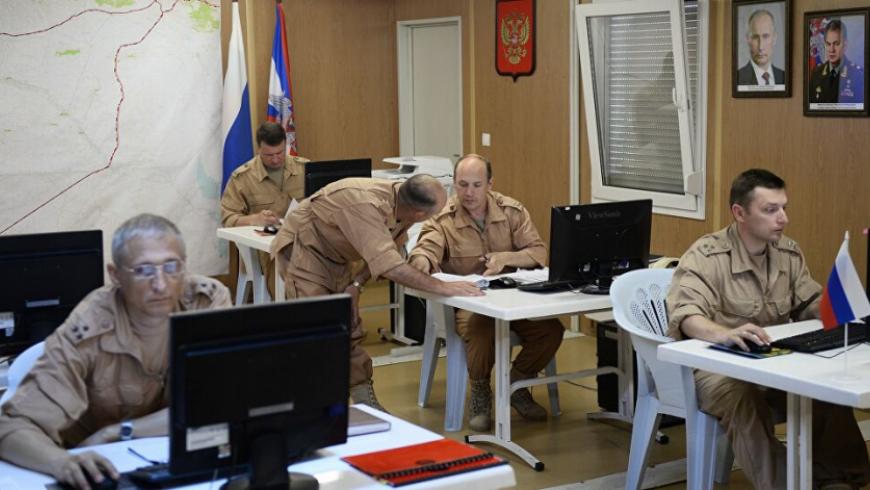 The Russian Center in Syria claimed that the militants in the de-escalation area in Idlib, northwestern Syria, are planning provocations by using chemical weapons to accuse the Syrian regime forces of them.

The deputy director of the Russian Center for Reconciliation, Alexander Karpov, claimed that there is information about members of the " Hay’at Tahrir Al-Sham " transporting toxic materials to the outskirts of Idlib, the areas of Jisr Al-Shughour and Badama.

He added that an increase in the activities of the White Helmets was observed in the region, and confirmed that "the militants are planning to use information about the victims to discredit the Syrian regime."

He claimed that the news about the militants preparing for chemical attacks came from the background of the Organization for the Prohibition of Chemical Weapons (OPCW) adopting a decision on restricting Syria's rights in the organization, especially deprivation it the right to vote.

It is pointed that this is not the first time that the Russian Center publishes such allegations, but preceded that several times, as the Center aims to publish these accusations to cover up the regime and militias allied bombing to the liberated north, in a continuous violation of the ceasefire agreement, in escalation reduction areas.