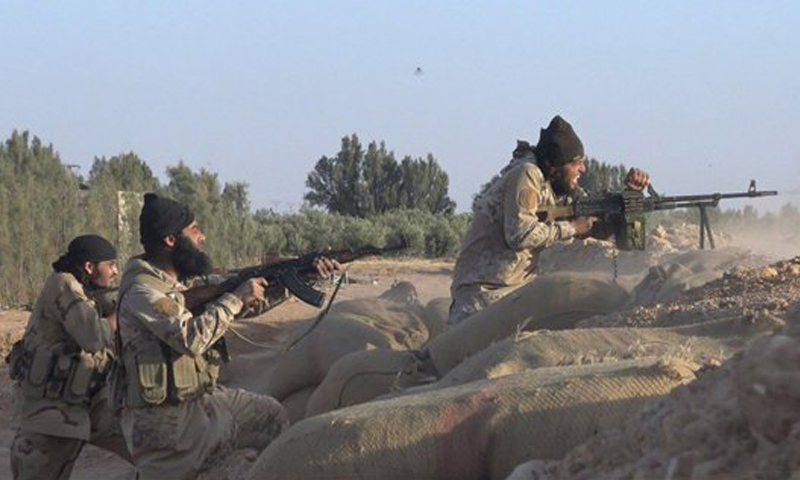 ISIS said that it managed to kill two Russian soldiers and wound others in a clash that erupted after an attempt to carry out a parachute drop operation in the desert of Homs, central Syria.

On Saturday, "Amaq" agency, affiliate to ISIS, stated that a Russian helicopter attempted to carry out a landing operation in Al-Sukhnah desert in Homs, while a group of ISIS fighters were there.

According to what was reported by Al Sharq Syria website, it pointed that ISIS opened fire by their machine guns at the helicopter while it was landing and clashed directly with the Russian forces during their landing, according to what it said.

According to Amaq, the clash resulted killing two Russian soldiers, injury of others, and damage the helicopter, which "rushed under intense fire to flee with the bodies of the dead and wounded," according to the agency.