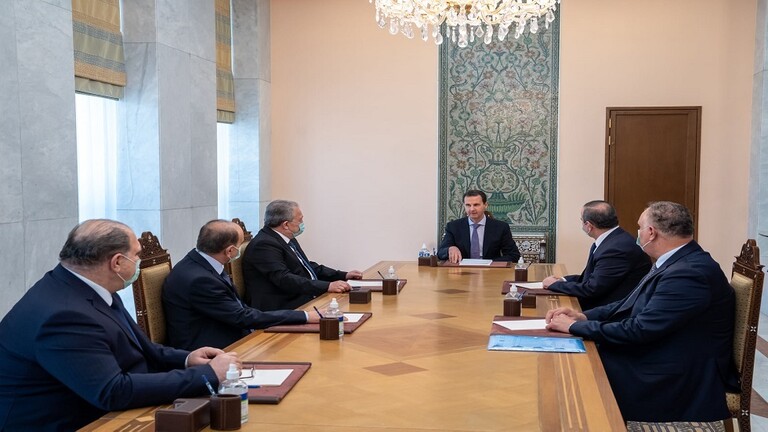 The President of the Syrian regime, Bashar Al-Assad, has directed to define the powers and responsibilities of each party working in the committees charged with monitoring market movement, controlling prices, and organizing and following-up irregularities.

During his meeting with some of his government ministers, he directed " establish a detailed working mechanism that defines the role of local councils, municipalities and their executive responsibilities that complement the role of the Ministries of Internal Trade, Consumer Protection and Interior in the process of price monitoring and controlling."

On 12th of this month, the president of the regime issued a decree to protect consumers, control prices, and prevent fraud and monopoly, the Consumer Protection Law No. 8 of 2021 contains a wide and strict set of controls and penalties that ensure the arrangement of the movement of commercial markets, that make price manipulation or cheating materials a crime punishable by imprisonment and a heavy fine.

Observers point out that the regime’s president’s meetings with some of his government’s members is just a way to silence his popular affiliated with him, in light of his complete inability to provide any possible services due to the fragile economic situation in the country.