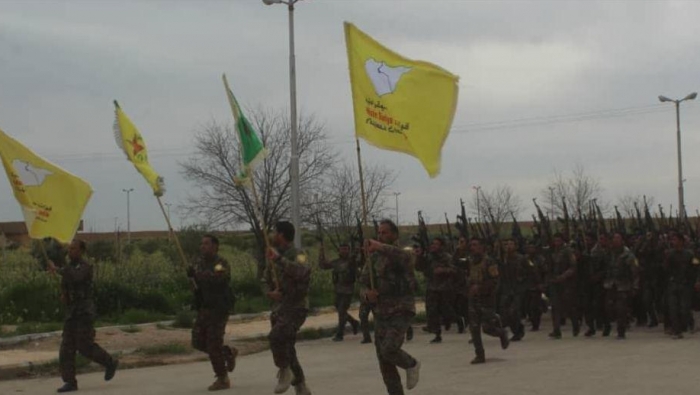 Two young men were killed and four others were wounded, Friday evening, by SDF bullets because of breaching the lockdown in the town of Jdeideh, Khet, east of Raqqa.

Al-Khabour Network said that members of Democratic Union Party (PYD) had arrested young men in the town for trying to leave and breaching the lockdown, which caused a quarrel between PYD members and the young men in the village.

The network added that the fight resulted killing of "Saleh Muhammad Al-Ali" and "Maher Al-Thallji" and injury of four others as a result of the clash between the two parties, while the people attacked the headquarters of "LPD" in the village and cut off the village's roads due to the incident.

It is mentioned that the Autonomous Administration of Northeast Syria forced a total lockdown on Tuesday, April 13, for ten days, in all areas of the administration's control, due to the high numbers of deaths and infections of the Corona virus.