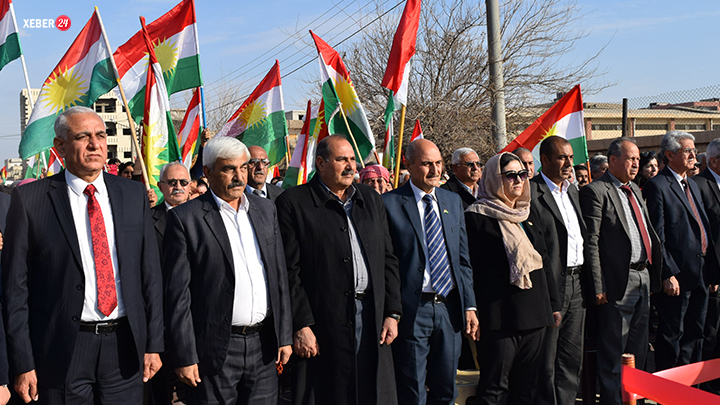 Kurdish sources confirmed that the Kurdish National Council in Syria announced its rejection of the Elysee's invitation to visit France, using the mechanism imposed on it by the Democratic Union Party (PYD).

The Pass news website, quoting the sources, said that the National Council asked French officials during a meeting in Qamishli that the parliament be represented by two people, and emphasized that the administration of the Democratic Union Party (PYD) has no right to nominate the parliament’s representatives on its behalf.

The source pointed that the council requested during the meeting that the delegation that will visit France is on behalf of the components of the region and not be led by the "PYD" administration, and no party has the right to determine the representative of the council because this opposes the simplest principles of political protocols, according to his description.

It is mentioned that Syrian Kurdish sources revealed last Sunday that the Kurdish political forces in Syria had received an invitation from the French President to visit Paris to discuss the Syrian situation in general and the Kurdish situation in particular.