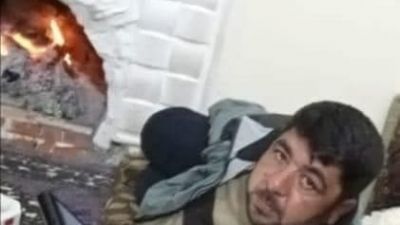 Unknown gunmen in Deir Ezzor assassinated the leader, Zinar Kobani, in charge of the Deir Ezzor Civilian Council, on Friday evening, while on his way to Al-Hasaka city.

"Jisr" newspaper, quoting a private source, said that "Zinar Kobani", One of the staff of "Deir Ezzor Civil Council" and in charge of the local council of Deir Ezzor countryside, was killed Friday night, in the "Ruweished" area, northeast of Deir Ezzor, and he is "a leader" senior member of PKK party, and he is from Ain al-Arab.

The source added that "Kobani" had to stop in the "Ruwaished" area to repair the tire of his car, an area considered a safe haven for "ISIS" and uninhabited, which provided an opportunity for militants likely from "ISIS" to be able to kill him by a gun "Akai".

The source pointed that Zinar Kobani is considered actual ruler in the eastern countryside of Deir Ezzor.

The assassination coincides with the security campaign launched by the Syrian Democratic Forces, supported by the international coalition, against ISIS in the countryside of Deir Ezzor and Hasaka.

It is mentioned that targeting the Syrian Democratic Forces (SDF) are repeated fancifully, at the end of last January, unknown persons targeted a military vehicle carrying members of the forces with bullets, which led to killing and wounding of a number of members.