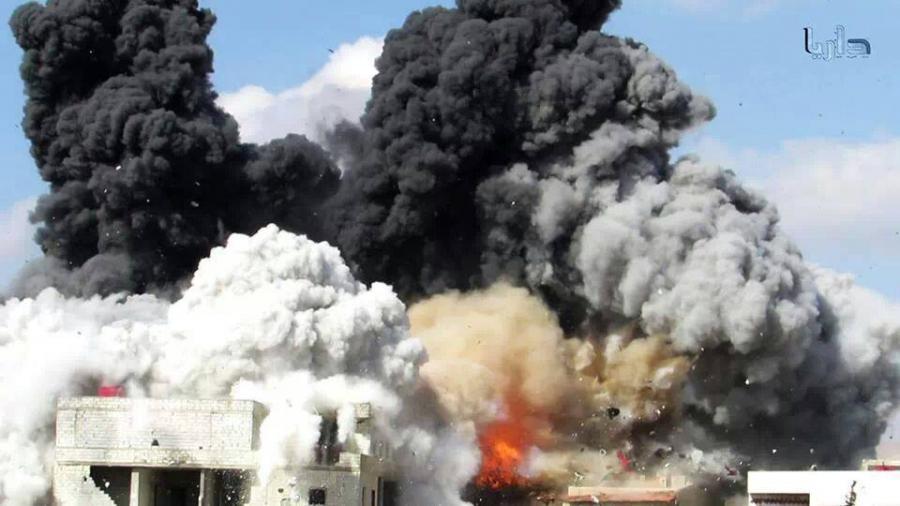 The Syrian Network for human rights confirmed in its report released today that the Syrian regime has dropped nearly 82,000 barrel bombs in the last nine years, killing 11,087 civilians, including 1,821 children.

In its report, Al-Shabaka pointed that barrel bombs are primitive and “barbaric,” and using it is stain even in the world's weakest armies.

The report said that the death of all children and women approximately 33% of the total number of civilian victims, which is a very high percentage and confirms that the attacks have targeted civilians.

It is mentioned that the barrel bomb attacks caused at least 728 attacks on vital civilian centers, including 104 attacks on medical facilities, 188 on schools, 205 on mosques, and 57 on markets.