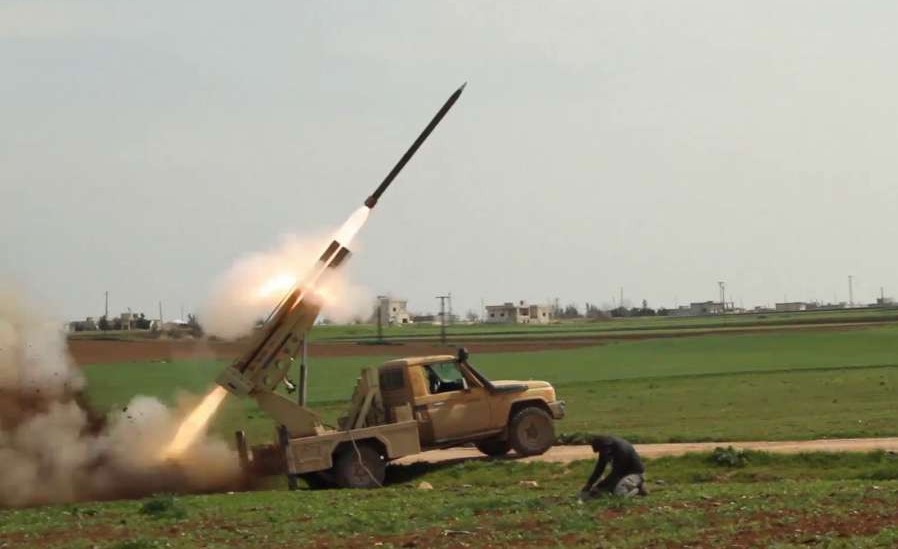 A camp of the Iraqi Hezbollah militia affiliated with the Iranian Revolutionary Guard, southeast of Maadan, in the eastern countryside of Raqqa, was attacked by unidentified rocks,on Thursday evening.

Ain Al-Furat network quoted by a private source that 4 Grad rockets targeted the Iraqi Hezbollah militia camp, located southeast of Maadan, about 15 km at the administrative border between Raqqa and Deir Ezzor, around nine o'clock on Thursday evening.

According to the information received, the network added that the attack resulted injury of 4 militia members and damage a military vehicle, which was followed by a flight of helicopters trying to search for the source of the rockets.

The network indicated that no party has claimed responsibility for the attack, which is the second during the current month, with fears in Iranian militias that ISIS has rockets like this.

It is mentioned that, at the beginning of this month, unknown persons attacked the Iranian militias existing in Al-Zamaleh field in the countryside of Raqqa, through a Grad rockets, which resulted deaths and injuries in the militias