Sources: The Russian forces return to their positions in Tal Rifaat after withdrawing from it 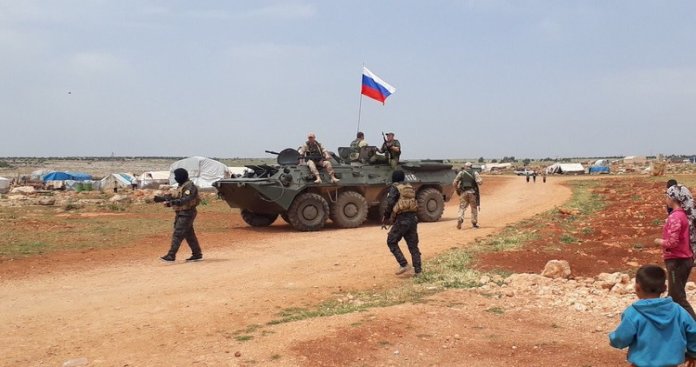 The Russian forces, which had withdrawn from some of their sites in the northern countryside of Aleppo, suddenly returned to those sites again, two days after their withdrawal from them.

Local sources in Tal Rifat area in the northern countryside of Aleppo confirmed the return of the Russian forces to the bases of Tal Rifaat and Kashtar, two days after their departure from them, without knowing the reasons or reporting an explanation for that incident.

According to Al-Sharq Al-Awsat newspaper, local sources suggested that the reason for the withdrawal of Russian forces from the bases of Tal Rifaat and Kashtar northwest of Aleppo is "points of contention between Russian forces and (SDF) forces.", on top of them providing the regime with fuel, grains and some missing goods in the regime’s areas, in addition to Russia’s request to (SDF) to open 3 crossings in some areas and supervise them by it, which (SDF) refuses to do ,according to Hikmat Khalil, vice president of the Executive committee of " Syrian Democratic Council "(SDC) recently.

On the other hand, other sources said, "The reason for the sudden Russian withdrawal from Tal Rifaat and its surroundings is preparing the way for the evacuation of the entire region, and to make way for the Turkish forces and the National Army, supported by them, to launch a military operation, in order to control Tal Rifaat and the areas north of Aleppo and removing (SDF), especially that the contact areas between the (SDF) and the (National Army) supported by Turkey are witnessing intermittent clashes and sneaking attempts by (SDF), in order to carry out lightning military operations and mines laying in areas under the control of (National Army) near the city of Azaz in the north.

And the Russian forces, according to the opposition Sham News Network, had begun to withdraw from their sites in the countryside of Aleppo, which (SDF) call it “al-Shahba canton,” while pages citing to “SDF,” published protests to prevent the withdrawal as they said