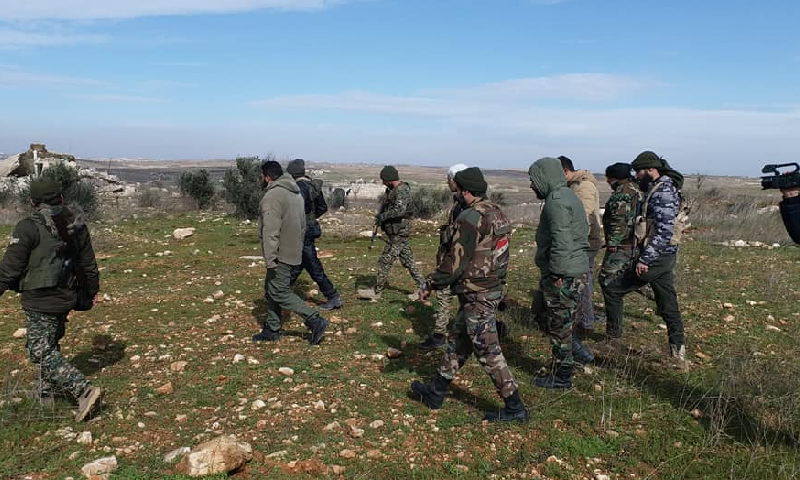 Local sources confirmed that "Al-Baqer Brigade" militia, supported by Iran, had seized the homes of civilians who living outside Syria in many neighborhoods in Aleppo.

The local "Ain Al-Furat" network said that the leader of Al-Baqir militia, "Khaled Al-Marri," nicknamed "Haj Baqer", launched a new project to support his old members who are loyal to him, and the project aims to ensure that the elements marry and secure homes for them.

The network pointed that "Hajj Baqer" ordered his members in Aleppo to seize the homes of civilians residing outside Syria.

It added that the officers have already begun to carry out the orders and have seized many homes in the neighborhoods of Aleppo, including districts Al-Shaar, Qadi Askar, Bustan al-Qasr and Masaken Hanano.

It is mentioned that "Al-Baqir" militia uses Maskanah and other areas in Aleppo as military and security sites, and continues its violations against the Syrians. On March 23, it killed four people from one family in the eastern countryside of Aleppo, who were looking for truffles around of the village of Al-Mohsen, south of Maskana town east Aleppo.