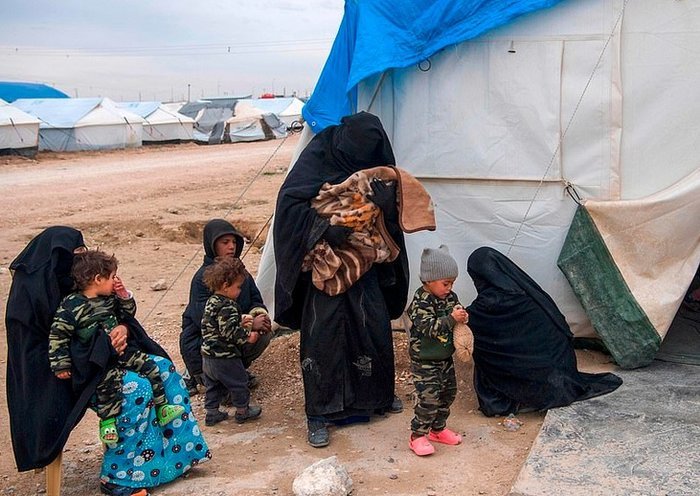 Human Rights Watch confirmed that regional authorities in northeastern Syria are detaining illegally almost 40 Ukrainian women and children in "inhuman" and " insulting " conditions in the camps.

The organization said that most of the detainees are children, and some are as young as two years old.

The organization added that it told the Ukrainian Minister of Foreign Affairs and the President of Ukraine to take immediate actions to help and return Ukrainian women and children.

The organization pointed that the Ukrainian government has repatriated only nine Ukrainian citizens, as well as two women and seven children from northeastern Syria.

It demanded the Ukrainian government to work with the "Self-Administration" to repatriate the remaining Ukrainian citizens to their homelands, pointing that children in the camps with their mothers should be repatriate together, in concurring with children rights with family unity.