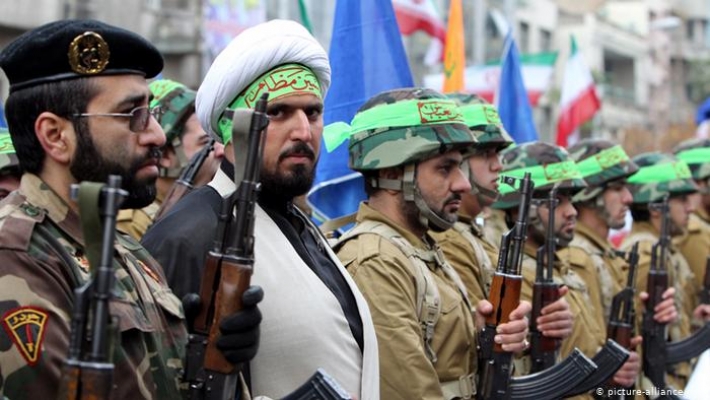 Local sources reported that an Iranian military official was killed ,on Wednesday, by a weapon with a silencer in the countryside of Aleppo, northern Syria.

"Basnews", citing local sources, said that "Haji Thabet Al-Mamoun Al-Irani," who was in charge of training courses for local affiliates, was found dead in his office, which required the mobilization of militias in the region.

It mentioned that 4 elements fled away the Iranian militia headquarters in the town of Al-Wadaihi after the killing of the Iranian official, and their affairs were not revealed until they fled and the militias mobilized.

According to the source, "Sayyid al-Shuhada" militia checkpoint, on the land road next to the Tractor Factory on the road to the town of Sfira, south of Aleppo, was launched an armed attack, killing 3 members.

It revealed that the dead officers were: (Badr, known as Abu Arayed, an Iraqi, Issa Alayyan, a Syrian, from the Sayyida Zainab , south of Damascus, and Caesar Safwan, a Syrian from the Latakia).