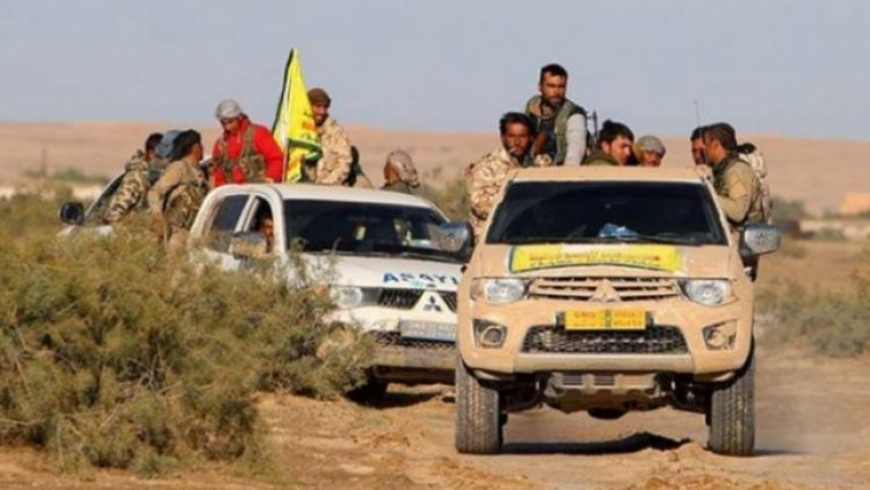 The Syrian Democratic Forces (SDF) began a wide raid and arrest campaign in the countryside of Deir Ezzor, northeast of Deir Ezzor, with the support of the International Alliance Forces.

"Syria TV" website, citing local sources, said that the campaign is concentrated in its first phase in the "Wadi Al-Ajaj" area north-east of Deir Ezzor, followed by a second phase, which has not been announced yet, according to what sources from the "SDF" revealed.

The sources added to Syria TV that 500 members of the "SDF" and about 50 armored military vehicles, and air support from " Alliance" helicopters, are the mainstays of the campaign, which may extend for about a week.

it indicated that this campaign comes under orders from the leadership of the International Alliance, after increased activity of "ISIS" cells in the countryside of Deir Ezzor and the general eastern region.

It is mentioned that "ISIS" organization announced yesterday, on its knowledge, that 10 members of the "SDF" were killed and wounded in an attack on their checkpoint in Deir Ezzor.