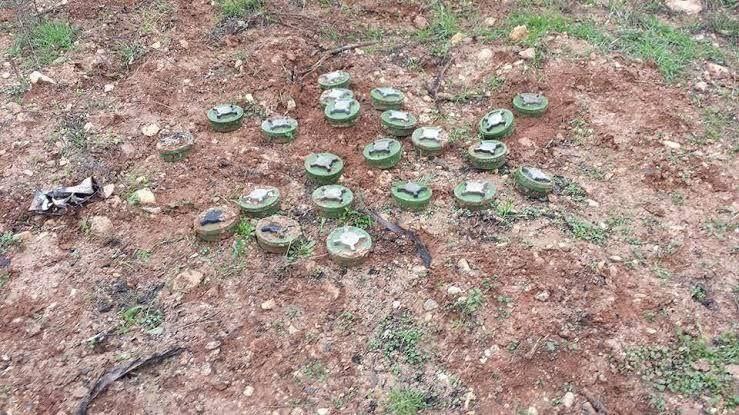 Yesterday, Tuesday, 6 children were wounded, because of the explosion of war ammunition in Masyaf, which is under the control of the regime forces, in the countryside of Hama.

The regime’s SANA agency said, by the director of Masyaf Hospital, Maher Yunis, that 6 children were treated at the hospital with shrapnel and wounds, in an explosion in the village of Hazana in the countryside of Masyaf in the western countryside of Hama.

He added that 4 of the wounded were from one family, the oldest was a nine-year-old girl in a stable condition, except a child in critical condition. They were Maha.S 8 years, Mirna S. 9 years, Reem S. 9 years, Kamar S. 3years, Natali S. 10 years, and Ibrahim Q. 8years.

Pro-pages said that the sound of an explosion was heard in one of the streets of Al-Hazana village in the evening, followed by a cloud of smoke that caused by the explosion of an unknown object while the children were playing.

It is mentioned that Masyaf in the western countryside of Hama is a huge human reservoir for the members of the regime forces, the National Defense and the Shabiha, before it turned in recent years to gangs of bandits, which plundering and scaring the people and stealing their property for the ransom.