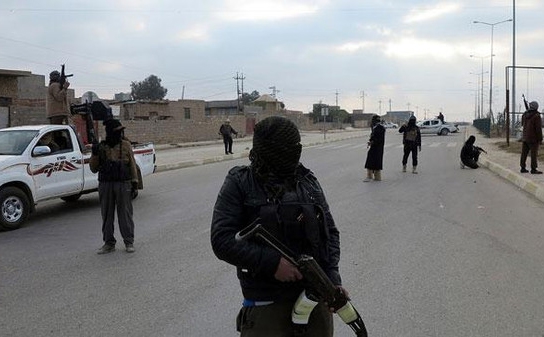 Yesterday, Tuesday, a civilian was killed in the eastern countryside of Deir Ezzor, after armed men shot him directly.

"Jisr" newspaper reported from a private source saying that the young man, "Asaad Al-Ammash," who comes from the town of "Darnij" near the town of Dhibyan in the eastern countryside of Deir Ezzor, was killed on Tuesday night while on his way from the town of "Dhibyan" to the town of Darnij, where he was targeted with automatic weapons by armedmen from "ISIS", near the Dhibyan junction.

The source pointed that "Al-Amash" does not belong to any faction or military organization, and he was doing his regular visit to one of his relatives residing in "Drang".

For its side, ISIS announced his responsibility for the assassination of Al-Amash through a statement it published on his identifiers, accusing him of dealing with the intelligence of the Syrian Democratic Forces (SDF), and the ISIS accused him of apostasy.

"ISIS" mentioned that it has increased in recent times the assassinations that target people they accuse of apostasy, dealing with "Qasd" and Syrian regime.