The opposition announces killing 5 of regime members in northern Syria, including two officers. 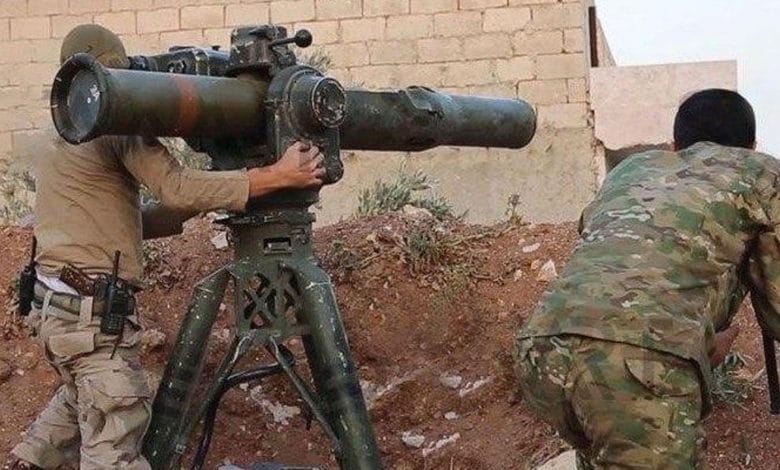 5 members of the regime forces, including two officers, were killed when the opposition forces targeted their positions with "TOW" rockets in Idlib and Hama.

"Zaman Al Wasl" website quoted by military sources in the opposition forces that the " Anti-tank " team of the "National Liberation Front" could kill an officer with the rank of first lieutenant and a member of the regime forces after targeting one of their headquarters with a "Cornet" rocket on the front " Al-Hakoura "in the western countryside of Hama.

The sources added that a first lieutenant officer and two officers were killed, after targeting a military vehicle of the "25th Special Missions Division" by ‘Anti-tank’ crew of "Al Fateh Al Mubin" operations room with a guided rocket "TOW", on the "Malajah" front next to Kafr Nabl, city south of Idlib.

Pro-regime media mentioned that the regime forces Countered an attack launched by armed men from “Al-Fateh Al-Mubeen Operations Room” on the “Al-Hakoura” axis in the Al-Ghab Plain, northwest of Hama.

It is mentioned that "Al-Fateh Al-Mubin" operations room targeted, a guided rocket, on February 10, a food vehicle for the regime forces in Al-Zaitoun camp near the village of Maarat Mukhas, south of Idlib, which resulted in the destruction of the car and many of dead and wounded from regime forces , indicating that the factions also destroyed, yesterday morning, by a guided rocket, a military vehicle of the “regime” on “Al-Dar Al-Kabira” axis in the Jabal Al-Zawiya area.