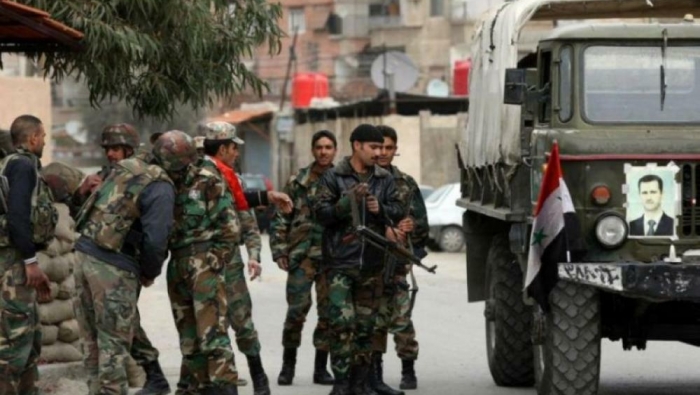 Yesterday, Monday, patrols from the Air Force Intelligence of the Syrian regime, with the support of the Iranian Revolutionary Guard Corps, did a campaign of arrests in a number of neighborhoods in the capital, Damascus, for many young men.

"Ain Al-Furat" network, by private source, said that the arrests campaign included the neighborhoods of Al-Fadl, Jadidah Artouz, Qatana and Darousha, because of many of graffiti against the regime and calling for toppling it.

The source pointed that at least 22 young men were arrested during the campaign from the various neighborhoods, and some of them were skiving the military service, and it is believed that the main reason for the campaign is to capture the largest number of young men to join them in the ranks of his army.

It is mentioned that the Syrian regime forces continue to do the arresting campaigns against young men in various areas of their control, to take them for military service and sending them to fight on the fronts of Idlib, Aleppo, Raqqa and others in northern Syria.