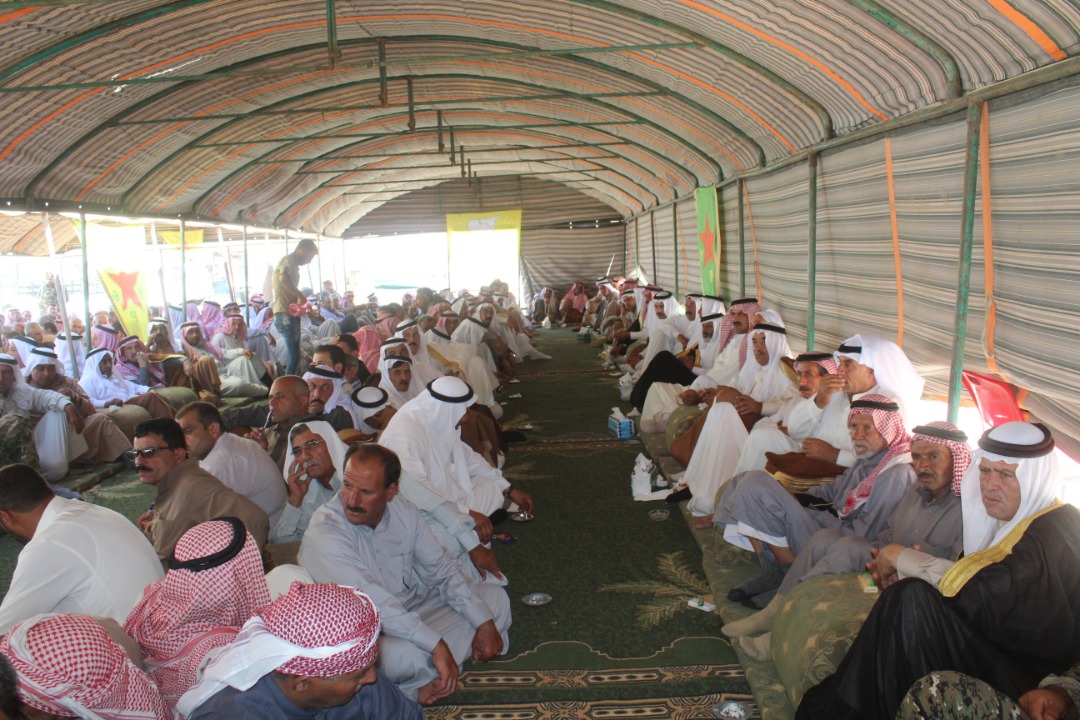 Local sources confirmed that Al-Omar oil field witnessed a meeting between the notables of Al-Bukamal Jazirah clans and members of the Deir Ezzor region leadership last Sunday, after Al-Bukamal Tribal Council condemnation the policy of exclusion for their areas by the Self Administration.

The local "Furat Post" network mentioned that the council during the meeting condemned the rampant corruption in the institutions of the Self Administration, and demanded real representation and considered the region independent administratively, like the rest of the regions.

The network indicated that the council’s statement warned to carrying out a comprehensive strike by civilians and military people in the region if their demands were not responded.

It added that the meeting made decisions, including "suspending the work of the newly formed committees, conducting the committee’s work only and reconfiguring it again, and holding expanded meetings with all regions to discuss the formation of committees according to the population."

It noted that one of the decisions is also demanding to activate the work of the cantons in an official manner, to administer the regions by the canton and to provide what is necessary to carry out their administrative work, as well as to restructure the governing body of Deir Ezzor Civil Council according to the strategy that agrees with the interest of the region, and the representation of regions in institutions and directorates in Deir Ezzor .